Granted, the world has many weird, unreal and sometimes surreal places. Did you know though, that America has quite its share of unbelievable places too? Some of these are natural and some of these are made by quirky, slightly crazy people. We’ve curated a list of the most unusual American places to check out when you visit the US next. 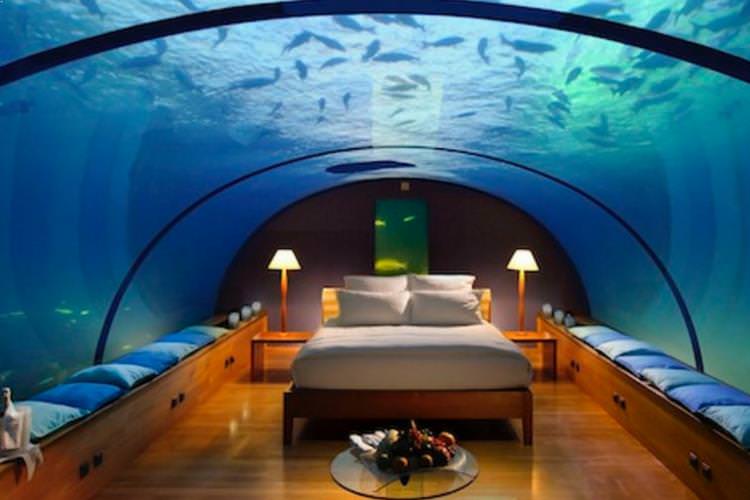 At Key Largo, Florida, there’s something very unusual and very beautiful. It’s an entirely undersea lodge that brings history, nature and beauty together. The lodge is stuck to the ocean floor, 30 feet down. Guests wake up to incredible views of exotic marine life swimming outside their windows. To stay in the only underwater lodge in the US, you’ll need to be scuba certified.  The lodge which was once a marine observation lab, has two bedrooms and one bathroom. 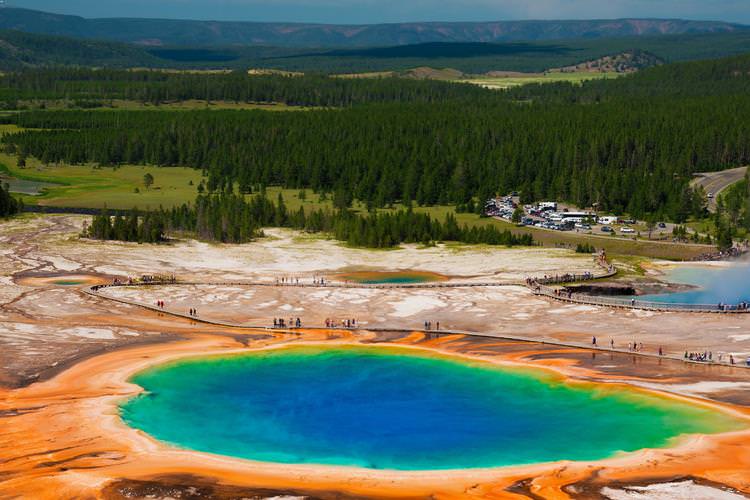 The Grand Prismatic Spring is the largest hot spring in the US and the third largest in the world. It is completely natural; the water that gushes out breaks into all colors of the rainbow when it meets the sun. The Grand Prismatic is located in the Yellowstone National Park, which offers several other fabulous sights for you, such as Old Faithful, Morning Glory Pool, and the Grand Canyon. 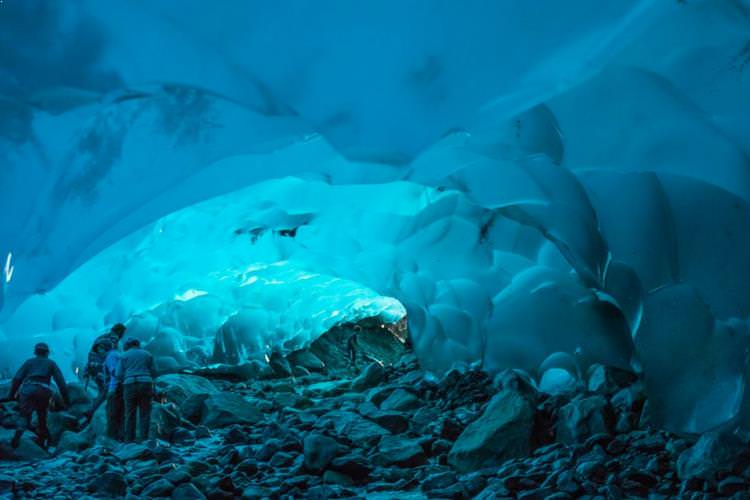 So how about a 12-mile glacier that houses several surreal, deep blue and pink and icy blue ice caves? That’s the treasure that awaits you at the Mendenhall Valley of Juneau. These lovely caves are to be found along the West Glacier trail. They are splendid, whimsical and unless there’s a glacial shift, they don’t change forms. You could almost live in them! 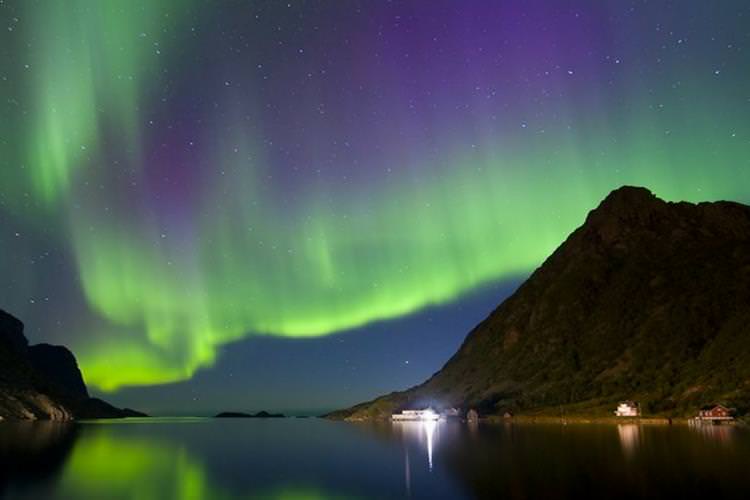 Alaska has many wonders but what draws the tourists to this incredible state is the phenomenon of the Northern Lights. Needless to say, the Northern Lights are one of the world’s most beautiful and unusual natural wonders. Take a trip to Alaska and grab a front row seat to the best show you’ll ever see, at Fairbanks or Anchorage from September to the 20th of April. Designers have tried to replicate the incredible colors and nature of the lights but no one has come close to the pearlescent and yet incandescent magnificence of the Northern Lights. 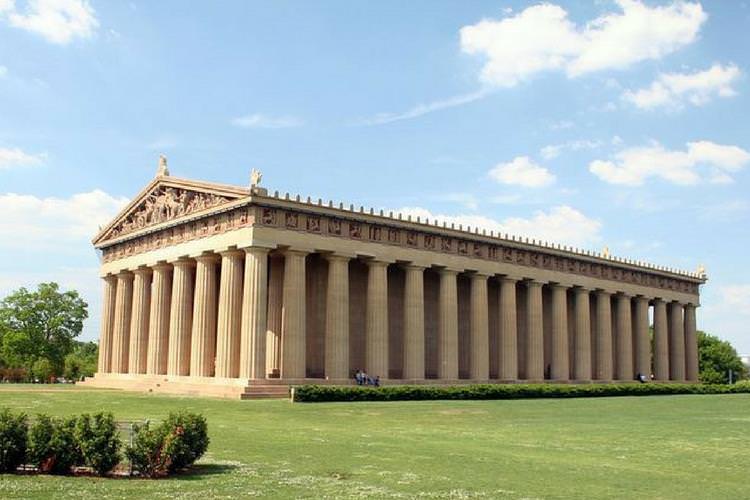 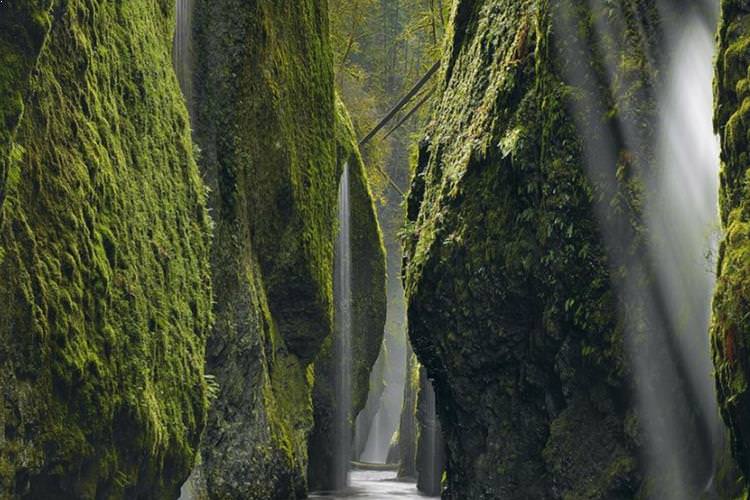 The Oneonta Gorge, located in the Columbia River is home to a unique and weird set of woodland and aquatic plants. The moss and ferns spread out over the gorge’s walls, forming weird and sometimes believable fancy shapes. The moss makes the walls look like something out of a fairy tale. On a warm day, you can walk through a creek, enjoying the weird formations on the walls of the gorge. 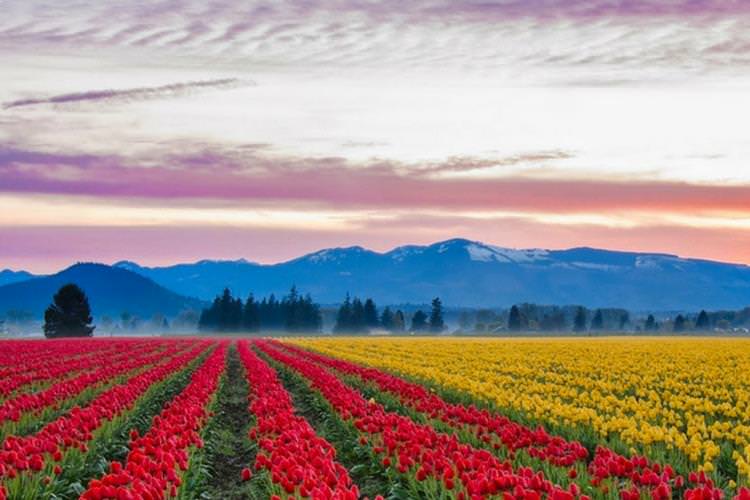 Thousands of visitors visit Washington every year, specifically the Skagit Valley Tulip Fields, April 1st and 30th to admire and sigh over a gorgeous carpet of tulips. The tulip festival draws in thousands of tourists every year who come to watch these lovely multicolored flowers in bloom; they probably feel grateful that they applied for a US tourist visa when standing in front of those blooms! 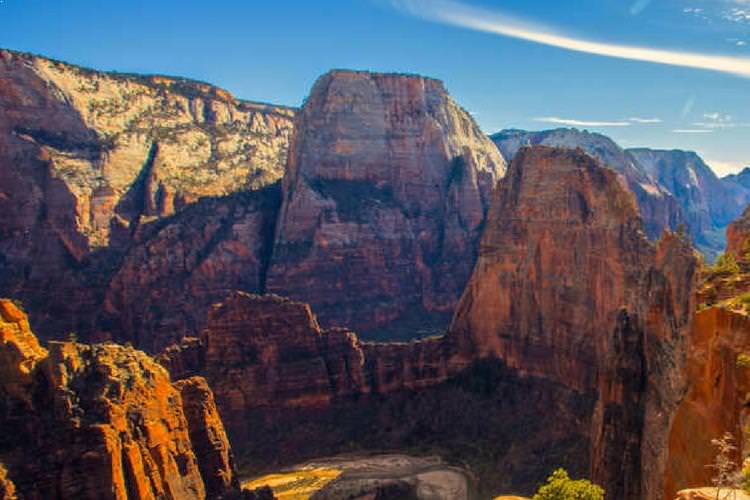 This is an unusual national park located near Springdale, Utah. It’s an incredible 146,000 acres in size, and the most prominent feature is the 15 mile long and half a mile deep Zion Canyon. It’s an incredible canyon, filled with water in places, that only the brave dare to traverse. 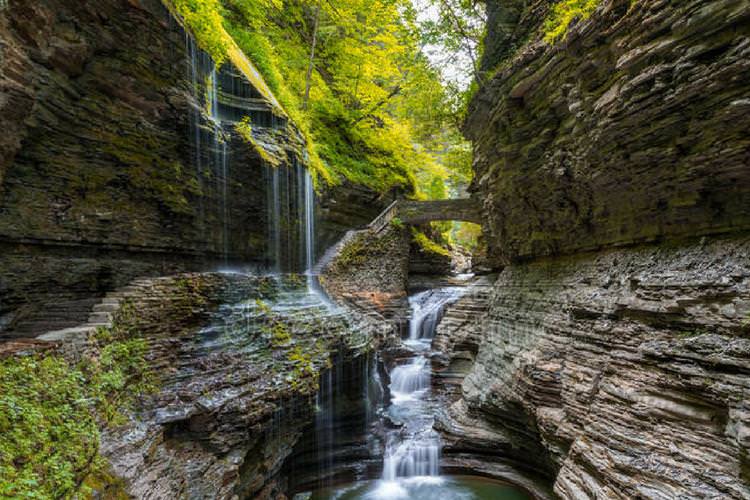 If you loved the Lord of the Rings, you’ll love the absolutely fantasy-like region south of the Seneca Lake in the Finger Lakes region. It’s called Rainbow Bridge and Falls and it very much resembles the Lord of the Rings set in New Zealand. The grass here is that pristine parrot-green in color; the carpets of flowers are multicolored and amazing. It’s so beautiful you’ll need to pinch yourself to wake up. 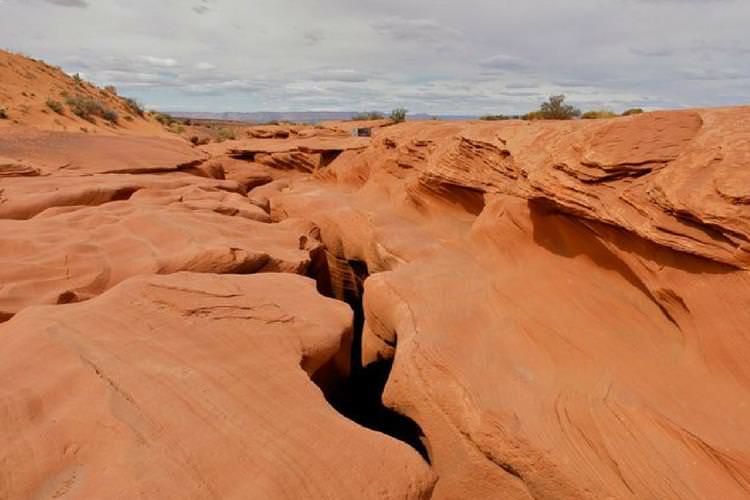 This fabulous slot Antelope Canyon in Page, Arizona is split into two different sections, known as ‘The Crack’ and ‘The Corkscrew’. They are fabulous to look at, and the lovely natural canvas color and rather unique structure are very photograph-worthy. 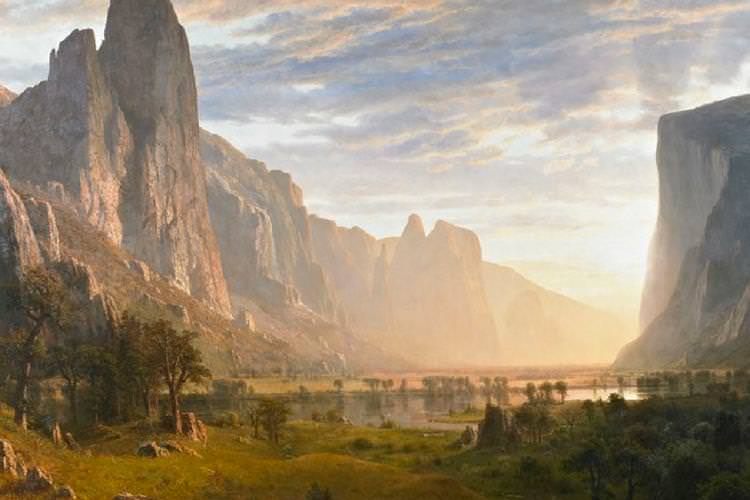 The Yosemite Valley is a very unusual 8-mile glacial expanse that’s covered in pine. It is a pristine green valley which is surrounded by granite summits that have names such as Half Dome and El Capitan. It’s a hot spot for photographers who exclaim at the beauty, the magnificence and the sheer drama of the valley tucked in between the magnificent cliffs. 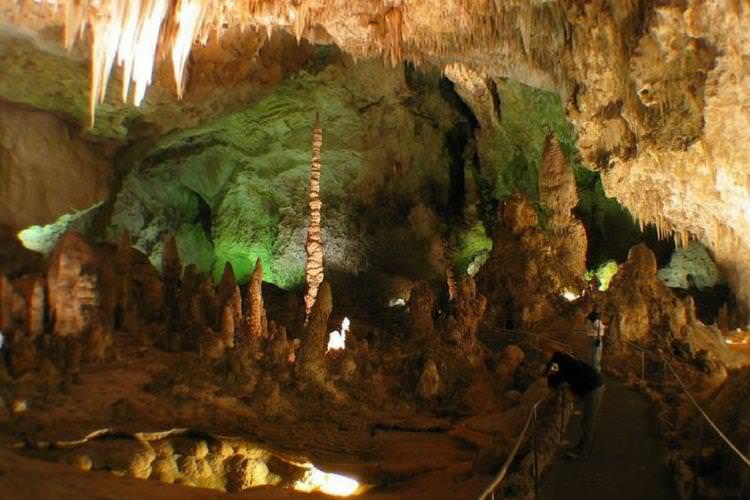 The Carlsbad Caverns in New Mexico are a set of 119 caves (that’s how many we know of) beneath the National Park’s rocky land. These caves are formed of limestone and sulfuric acid. Visitors love riding down an elevator 750 feet below ground to explore these immense caves. 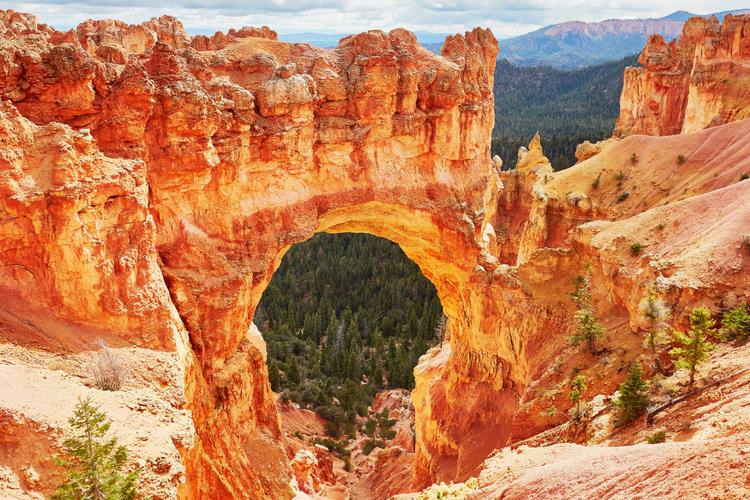 Bryce Canyon in Utah is located roughly 50 miles from Zion National Park. It has a famous collection of large natural amphitheaters. These geologically well-known structures were formed by stream erosion and weather during frost. Celebrate the incredible white, orange and red rocks of the canyons, which form a lovely sight. 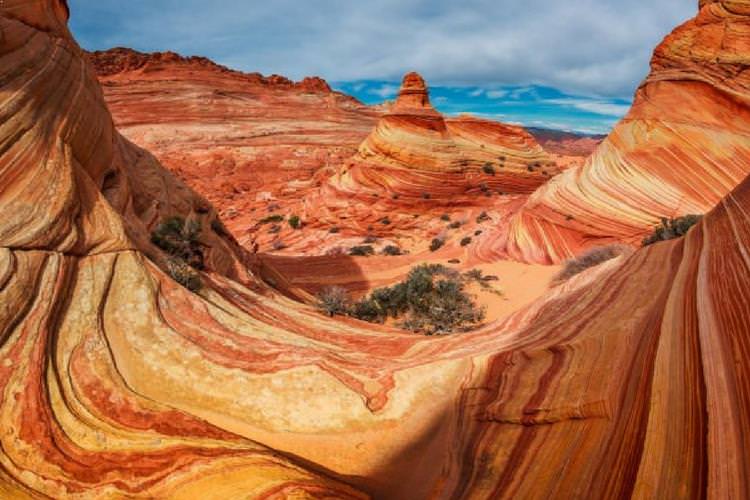 The Wave is a lovely a sandstone rock formation that looks very much like a painting, all done up in vibrant colors that have come out of a divine brush. Every year, thousands of trekkers hike the Paria Canyon-Vermilion Cliffs Wilderness near the Arizona-Utah border to reach the immensely beautiful The Wave and photograph themselves against it. 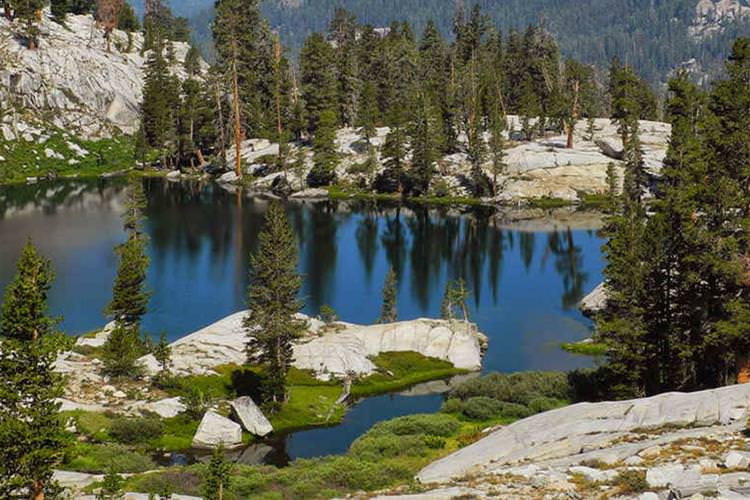 One of the greatest wonders in our world is California’s Sequoia National Park, with its incredibly tall, giant sequoia trees. The famous General Sherman Tree is one of the largest Sequoias in the entire world, standing proud at 275 feet. This tree is believed to be approximately 2,500 years old. 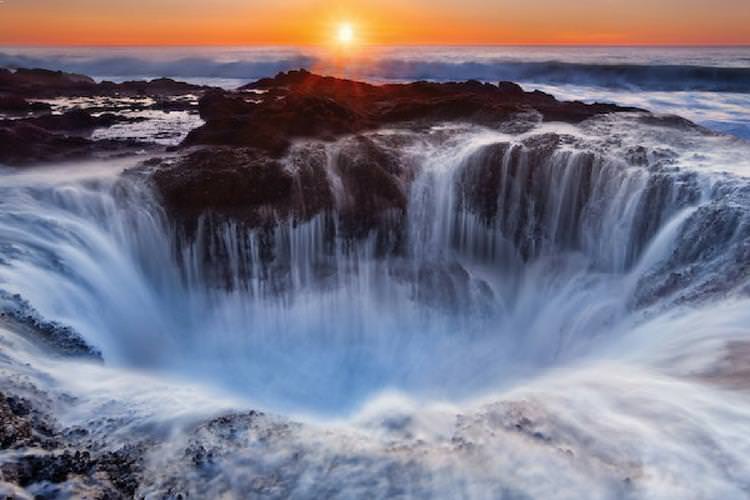 Thor’s Well is a large saltwater fountain that spouts up from a group of rocks, driven by ocean tides. If you want to see it in action, best get to Cape Perpetua before high tide. The fountain keeps spewing for an hour after high tide a well. Thor’s Well is lovely to watch but also very dangerous and should be approached with caution. 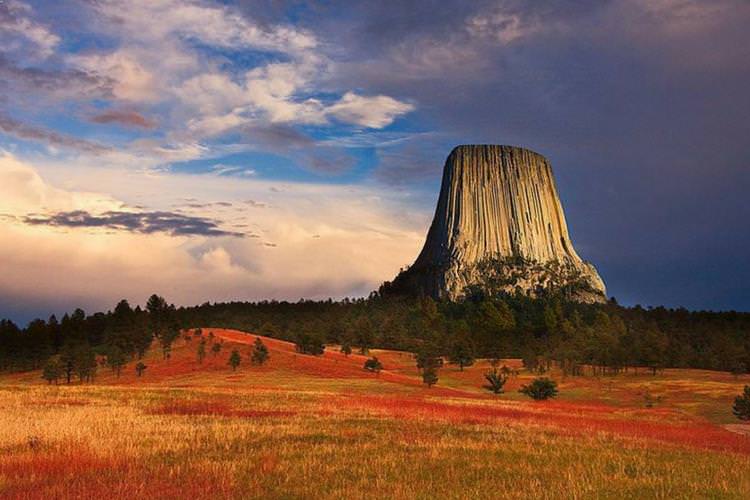 Rising proudly about 5,000-plus feet above sea level is Wyoming’s Devils Tower, a giant igneous rock. There’s a legend behind this rock. Apparently, a few Native American girls were running from a bear. They found a rock and climbed up and prayed to the Great Spirit for deliverance. To save them, the Great Spirit drew the rock’s spirit out, extending it to a great height, so high that the bear couldn’t climb up to harass the girls. The girls reached the stars when the rock grew high and were turned into star constellations. 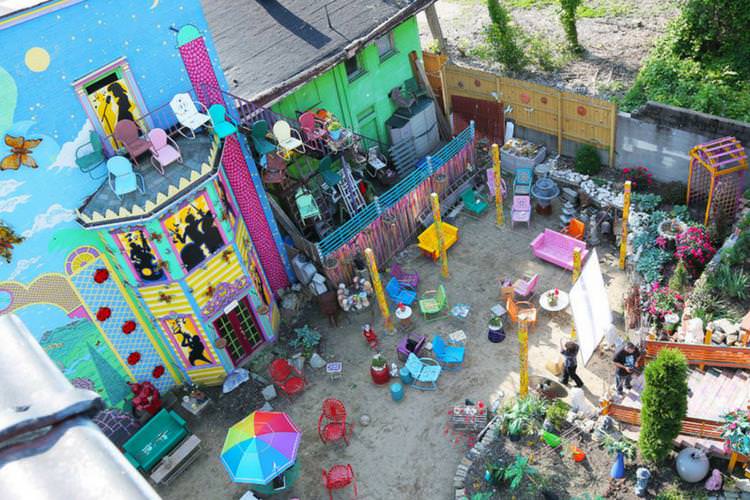 Finding place of note among natural wonders is the manmade wonder that is f Randy Gibson’s home, Randyland, in Pittsburgh, which is the home of great painters such as Andy Warhol. The city’s Mexican War Streets love art anyway, but Randyland is a magnet for art lovers with its incredibly-colorful mural-filled walls and courtyard. If you’re looking for some conflict-filled dining, check out the Conflict Kitchen restaurant in Pittsburgh, where Randyland serves food from those countries that are at odds with the US.

There are many unusual wonders in the world, both natural and manmade. The US has its share of them – more than we can cover in this blog. When you travel to the US next, be sure to check out some of the incredible marvels we’ve dug up for you!

Priya is an avid travel writer who specializes in adventurous travel writing. Her blogs and articles give deep insight about various tourist places and act as a perfect travel guide for someone who is traveling to a place for the first time. Priya has exemplary research, writing, and editing skills which make her easily match the reader’s intellect and interest. She has blogged extensively about her travel experience while traveling to several places like Malaysia, Thailand, Singapore, Europe, Dubai, USA, Canada, etc.

Pet Adventures: Your Checklist On What To Prepare When Traveling With Pets

Best Places for Your Bachelor Night